HIDDEN HISTORIES: Untold Stories of BLACKS in Kentucky – Reinette Jones, Featured Guest
On Saturday, January 18th, the AAGGKY will celebrate its Ninth Anniversary at the Madison County Public Library in Richmond, KY. You are invited to share with fellow researchers exploring Kentucky’s Black History.
Our featured guest, Reinette Jones is Librarian in the UK Special Collections Research Center and co-founder of the Notable Kentucky African Americans Database (NKAA).  She will share her research on the often-untold histories of African Americans of Central Kentucky.
=*=*=*=*=*=
July 2019 - Scott County Public Library, Georgetown, KY
A much needed business meeting was held at the library. There was good attendance and much was accomplished!
=*=*=*=*=*=
June 2019 - Fort Boonesborough State Park
While Daniel Boone is the most famous fort resident, aside from Monk Estill, little is known of the Blacks who were also residents.  “A Gathering of Descendants” was a chance to learn and find out about research on the history of Fort Boonesborough and its inhabitants.  AAGGKY joined other groups interested in researching Kentucky’s early settlers.
http://www.fortboonesboroughlivinghistory.org/ 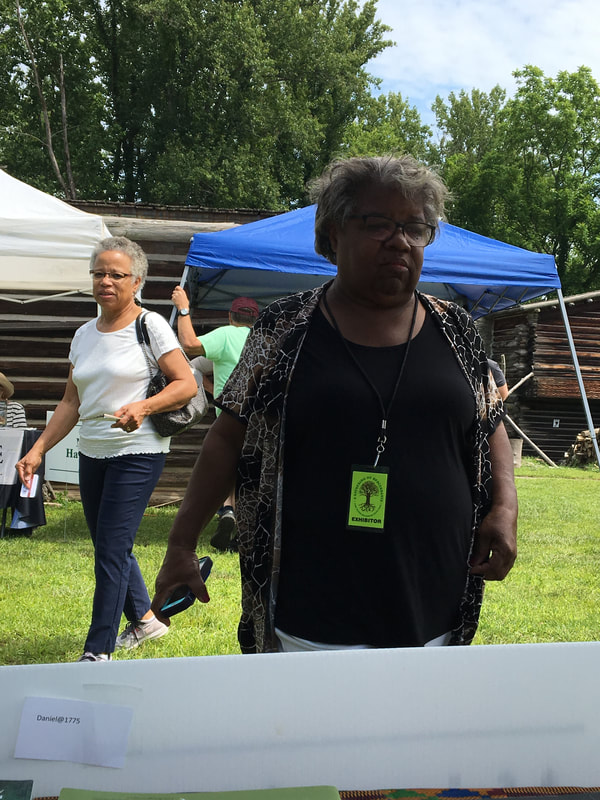 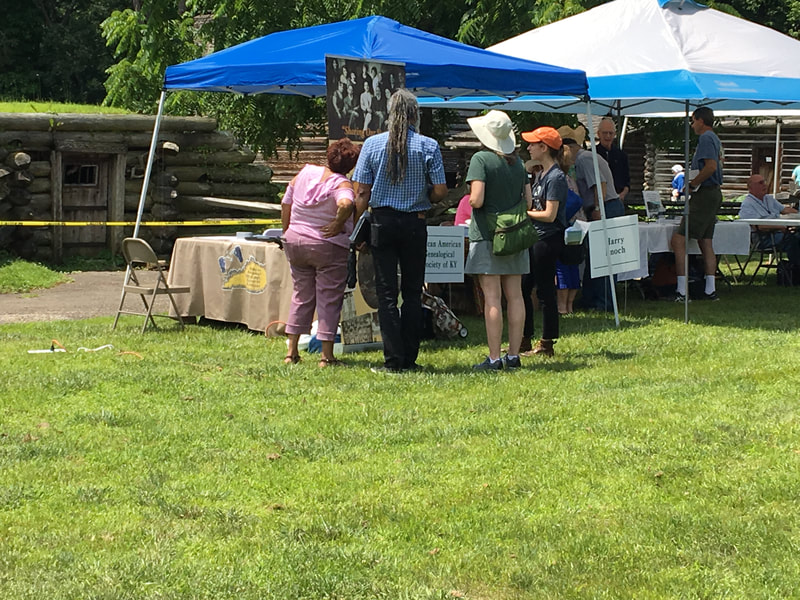 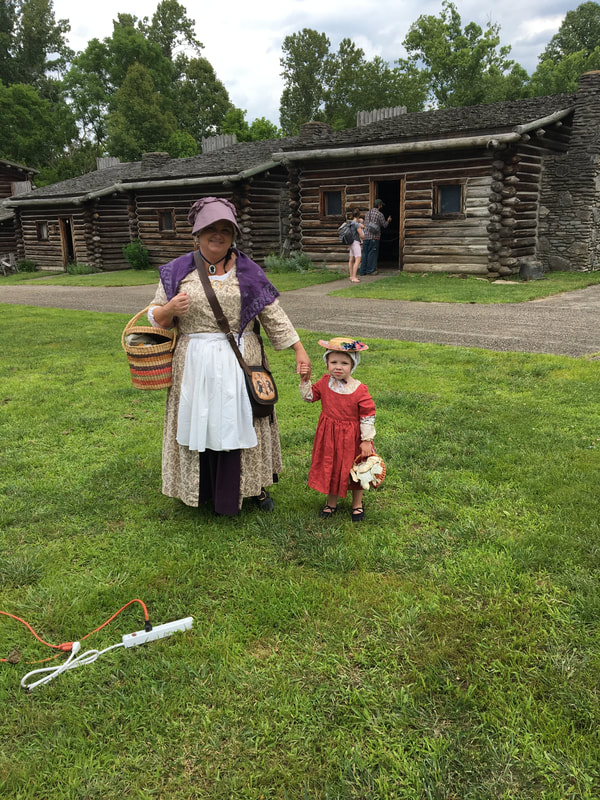 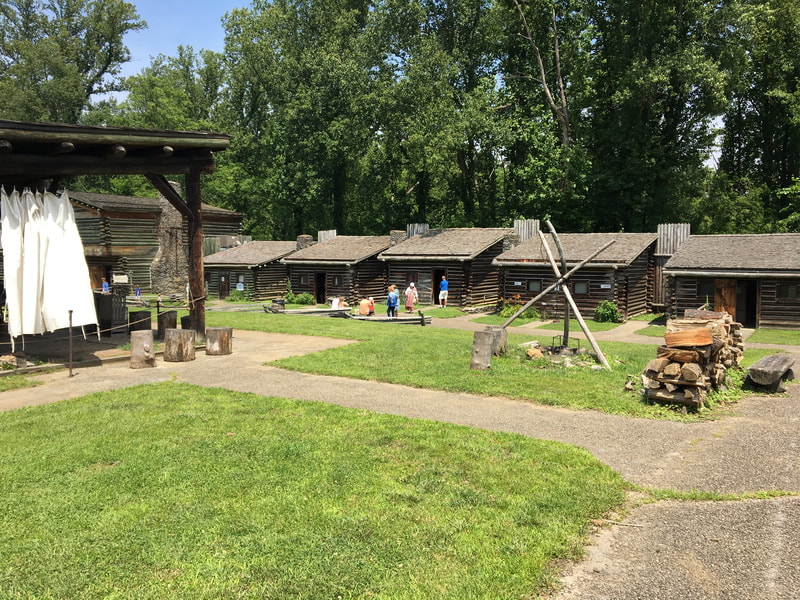 =*=*=*=*=*=
May 2019
International Museum of the Horse, Lexington, KY
Member, Jeff Smith, shared his research, which focuses on his successful efforts to find Albert, the father of Jim Bright and patriarch of his mother's Lincoln County, KY family.  The home base was a small community located in hill country near, Crab Orchard.  It is hoped that what he shared will serve as encouragement to those who are on the same quest to learn about their early African American ancestors. 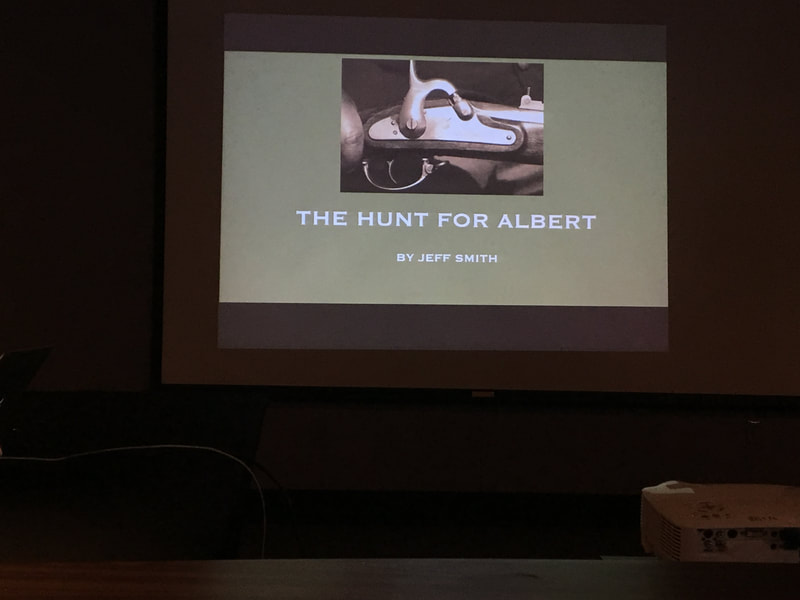 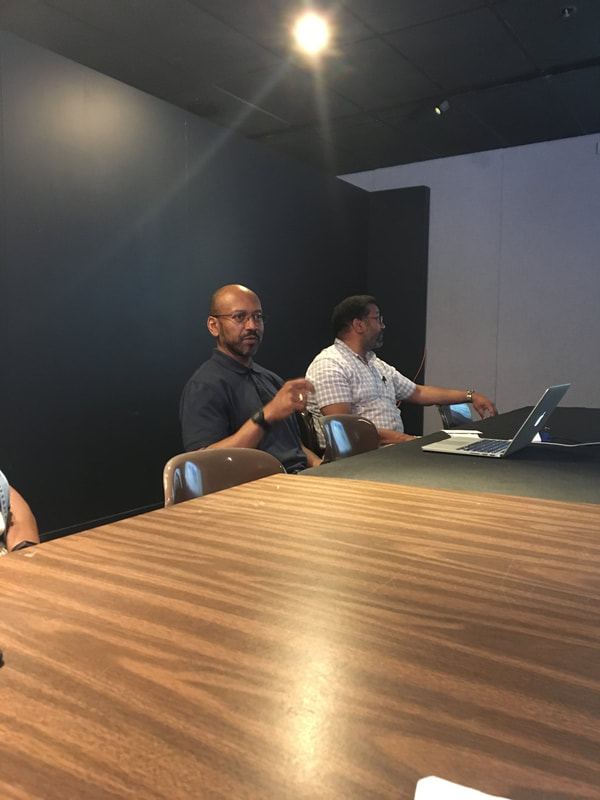 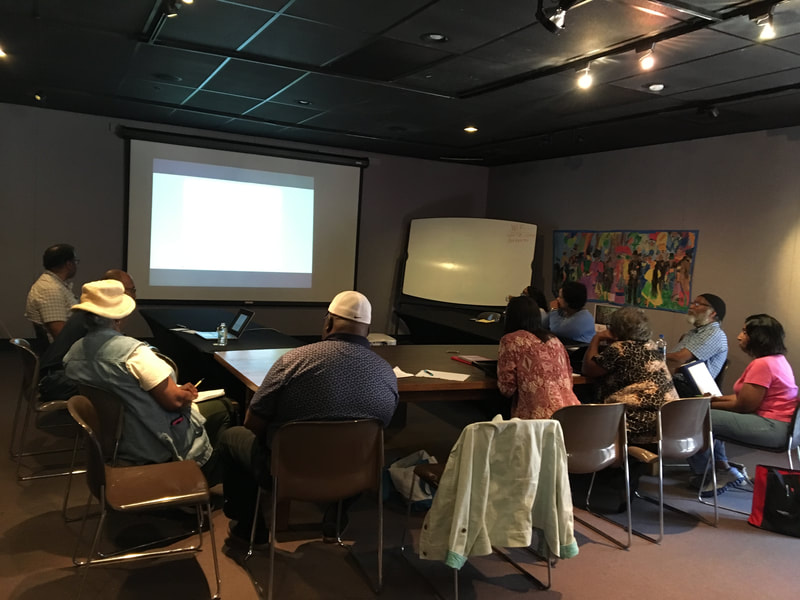 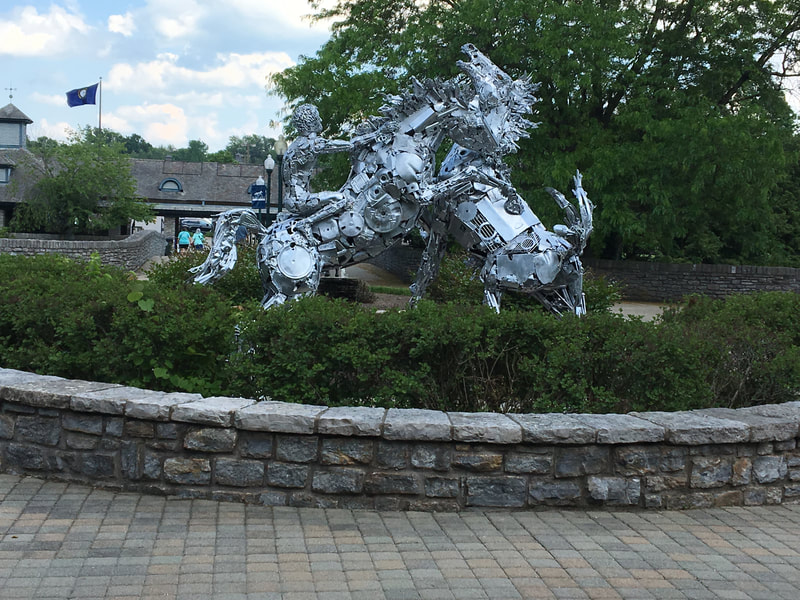 =*=*=*=*=*=
April 2019 - Because the 3rd Saturday was the day before Easter Sunday, no meeting was held.
=*=*=*=*=*=
​March 2019- Berea College Library, Berea, KY
A business meeting was held at the library. There was good attendance and much was accomplished!
=*=*=*=*=*=
​February 2019 - Scott County Public Library
Member Karen Cotton McDaniel presented a program on sources for African-American research.  This presentation was followed by a webinar presentation by national speaker Deborah Abbot on finding and identifying enslaved ancestors and their owners. 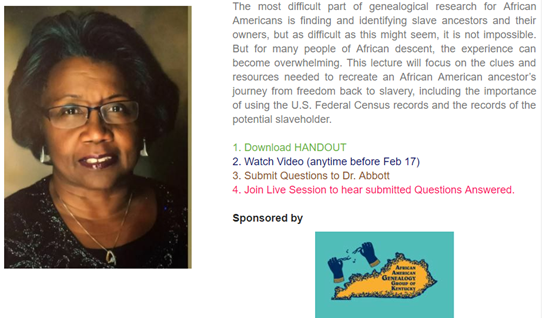 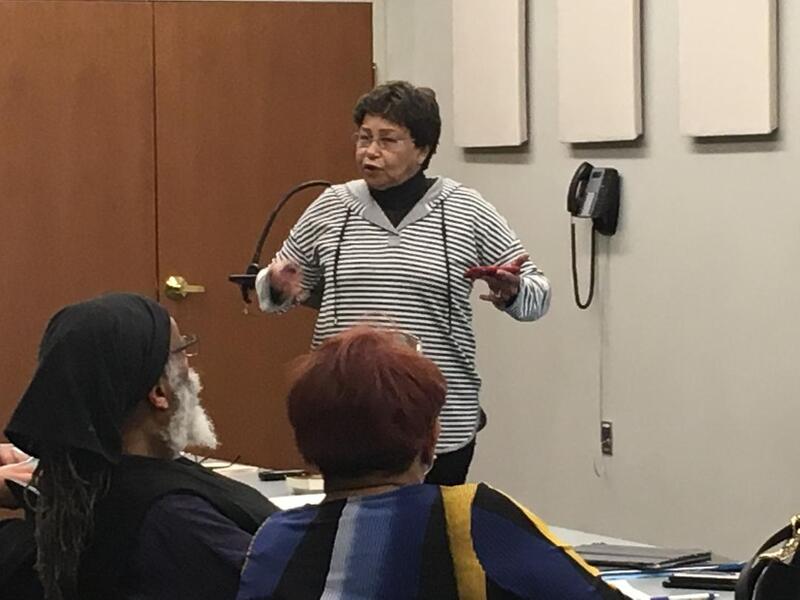 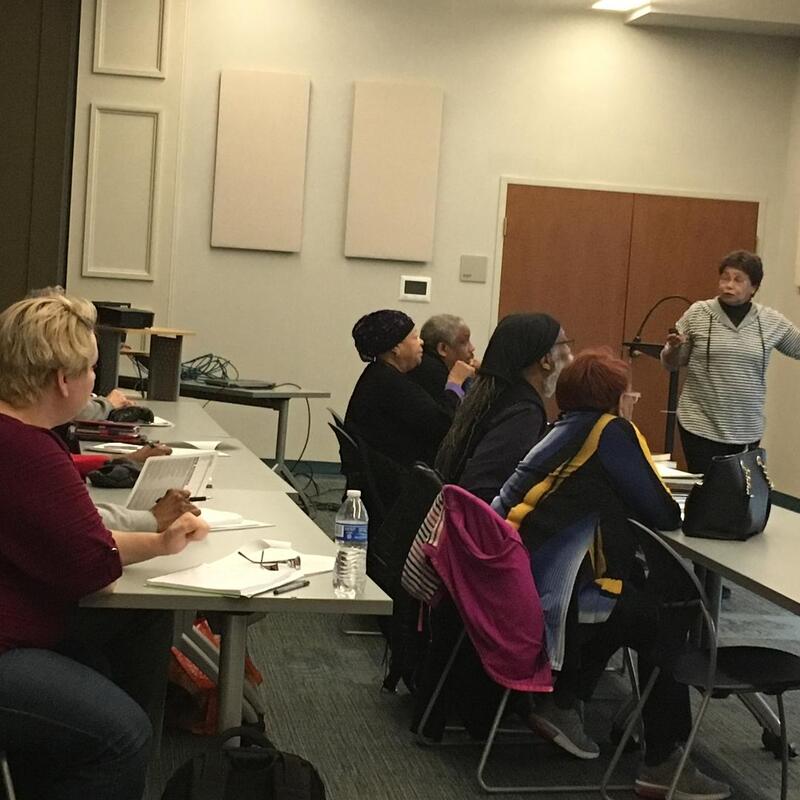 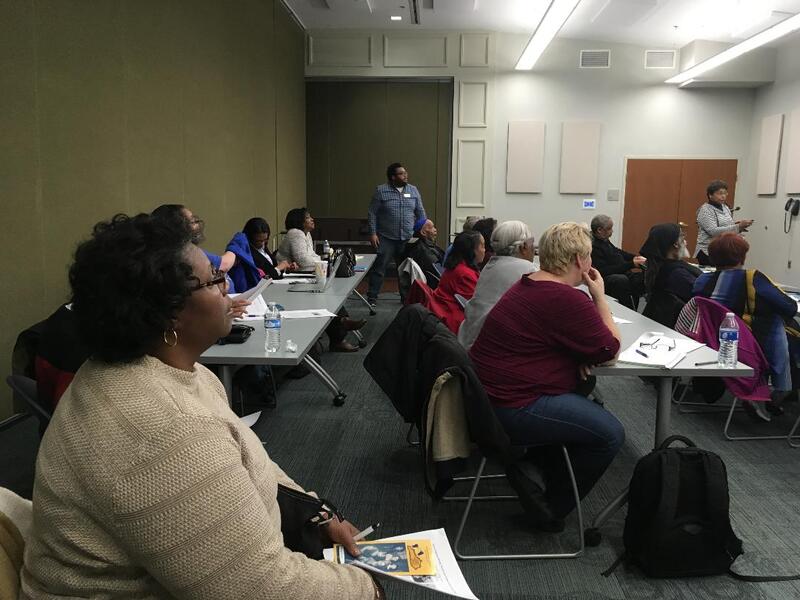 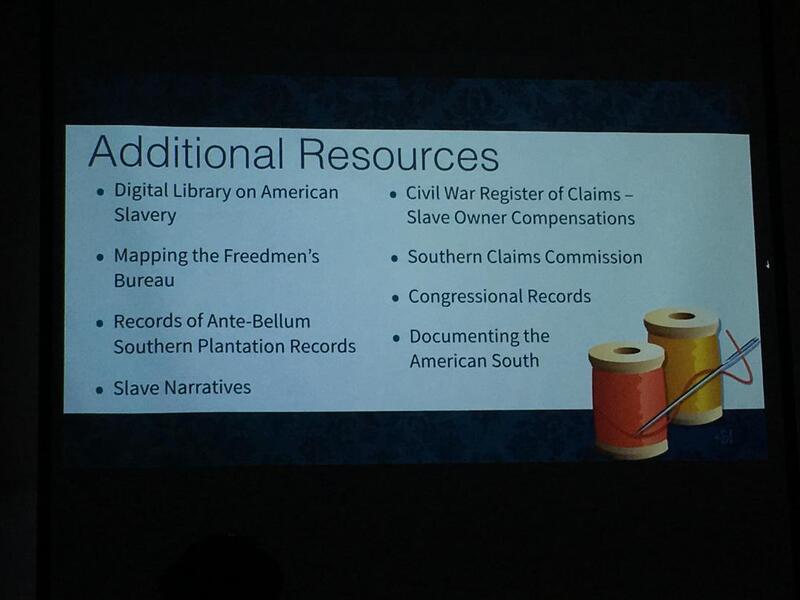 =*=*=*=*=*=*=
January 2019
Eighth AAGGKY Anniversary celebration at the Scott County Public Library in Georgetown, KY. We were joined by and had a presentation from there folks from the International Museum of the Horse. They explained their new project - "Chronicle of African-Americans in the Horse Industry". Oral interviews are being collected. If you have a story to share about life in the horse industry as an African American, they would love to hear from you. Email ChronicleInfo@ky.gov or call 859-249-4279 to get started. 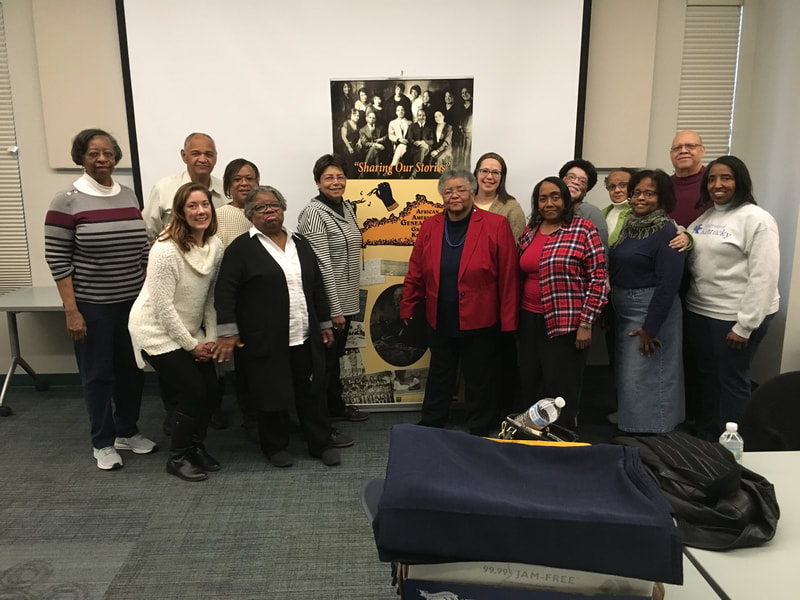 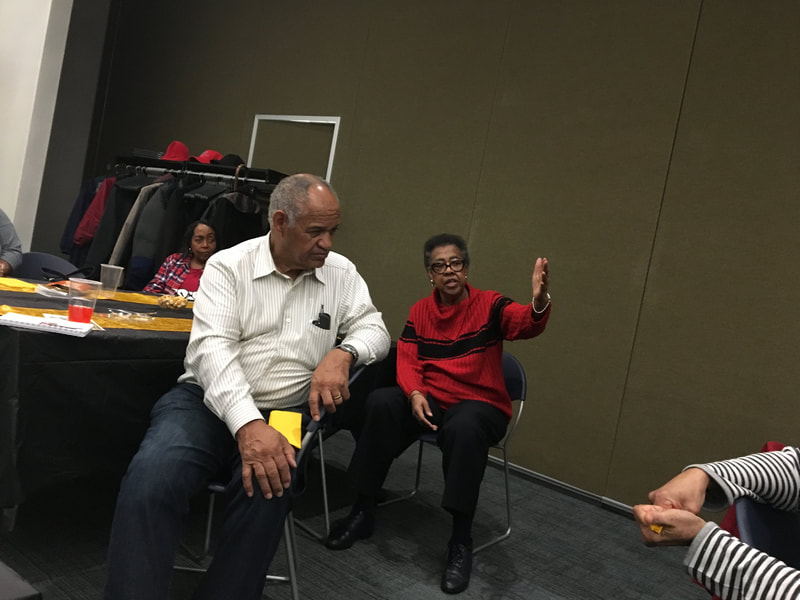 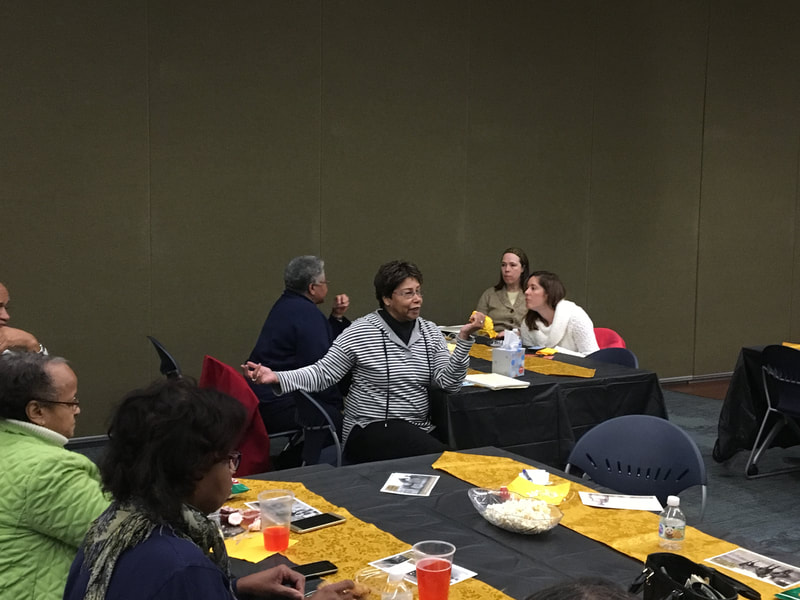 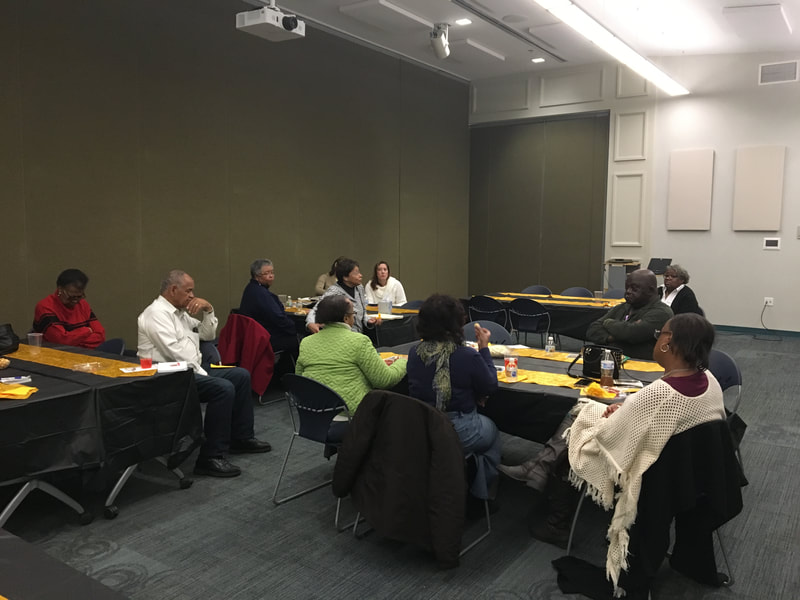