August 2016
Frankfort, KY "Confined Femininity: Race, Gender and Incarceration in Kentucky, 1865-1920".
This program focused on two Black women incarcerated at the Old Frankfort Penitentiary in the 1890's.  Our presenter, Charlene J. Fletcher-Brown, a PH.D. candidate at Indiana University-Bloomington and an Editorial Assistant at the American Historical Review, outlined the parallel lives of two completely different women who ended up at the penitentiary in Frankfort.  It was an eye-opening account of the treatment of women in the prison system. 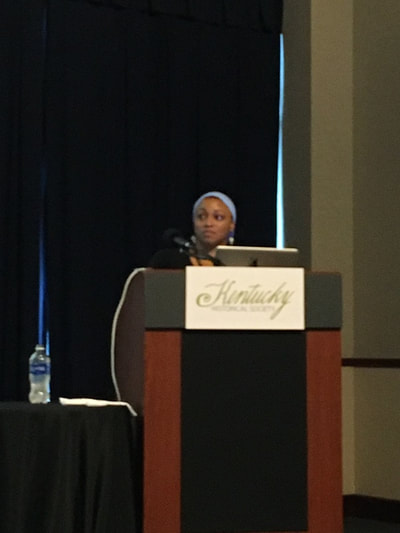 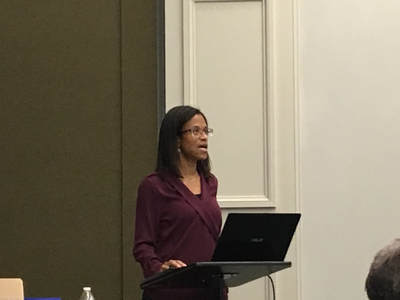 July 2016
Richmond, KY  "Can We Make a Rock Talk?"
Our presenter, Sharyn Mitchell, past President and co-founder of AAGGKY, is a Research Specialist at the Berea College Special Collections and Archives. Sharyn told the story of a United States Colored Troop (USCT) tombstone that was recently found in Richmond. She revealed what we can learn from just having the information on a tombstone.  We found who it belonged to, where he came from and something about his life. She discussed her research strategy for uncovering the life of this soldier! 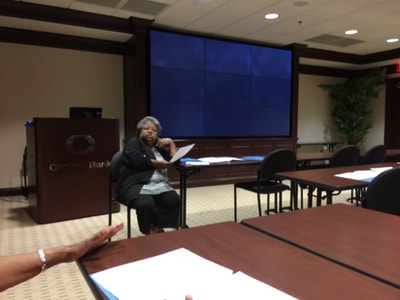 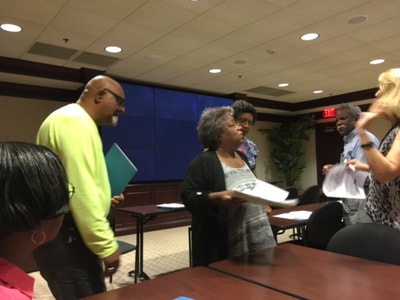 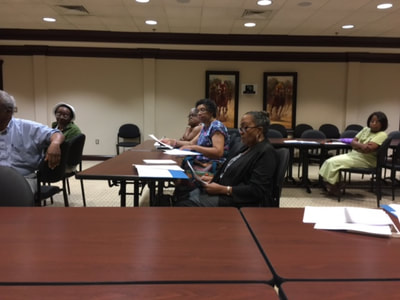 April 2016
Frankfort Cemetery, Frankfort, KY. We met in the Chapel at the historic Frankfort Cemetery.  Ann Johnson, staff at the cemetery and former Kentucky Historical Society cemetery preservation advocate,  gave us some of the history of the cemetery and profiled some of the more prominent African-Americans buried there in the Glenn's Creek section.  After the meeting, some of us toured the section picking out graves of U.S. Colored Troops and other prominent citizens. 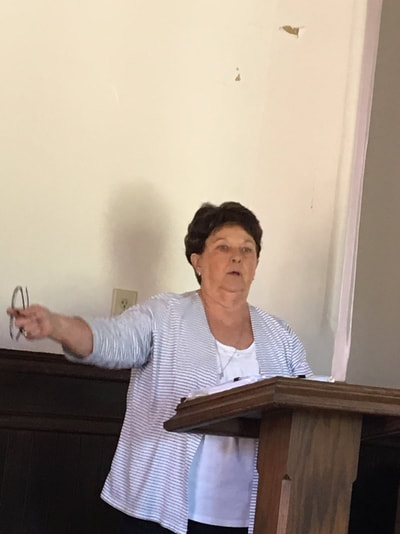 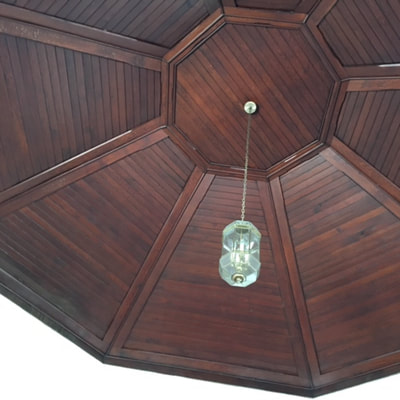 February 2016
Georgetown-Scott Co. Museum, Georgetown, KY.  LeDatta Grimes talked to us about the history of Rosenwald schools in Kentucky and the impact these schools had on African-American communities.
January 2016
Hopewell Museum, Paris, KY. Our speaker was Amy Madsen, a teacher at Geo. Rogers Clark High School, Winchester. Amy talked to us about some of the programs at her school and how they have affected experiences with African-American students. This was also the 5th Anniversary of the AAGGKY!!